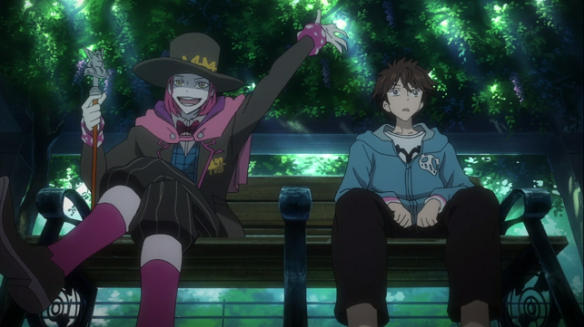 10 things to say about [C] the Money of Soul and the Possibility of control. END_OF_DOCUMENT_TOKEN_TO_BE_REPLACED 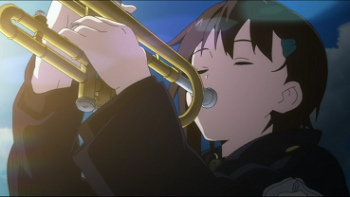 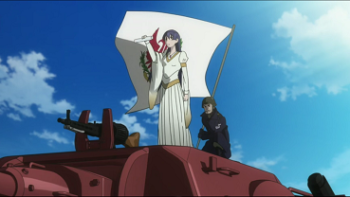 Sora no Woto was a great way to start the year. Not too out of this world but not bad at all either. It was easy to watch weekly  seeing it deliver a dose of relaxing atmosphere portrayed in a show that is centered in the middle of war struggles between nations.  The way how it fused elements in the story was well done by constructing  and slowly building up the story one step at a time then lastly answering questions the viewer had about the platoon girls and the story. Initially, I wasn’t so sure if I was going to like Kanata’s  (or the others) much out of place character in Sora no Woto. Seeing the circumstances they were in it initially the light-heartness appeared unnecessary and felt that the show might be heading for a much shallower story with merely doses of pseudo drama popping up every now and then. Good to see that in general Sora no Woto tried to stay clear of this.

On the negative side, while I enjoyed the show there were times when I felt the drama of Sora no Woto using the apocalyptic world theme was forced at times. There is a clear reason for this. The theme of ‘the world will end/have ended’ wasn’t developed as much as the show should have making it seem a bit overdramatic and maybe to some tiresome. More than once it is mentioned the ‘end of the world’, however, the lack of information on the biggest point of concern in which the story heavily relies suffered from under development with only a couple of scenes such as Filicia’s flashbacks finally shedding light on the war. END_OF_DOCUMENT_TOKEN_TO_BE_REPLACED 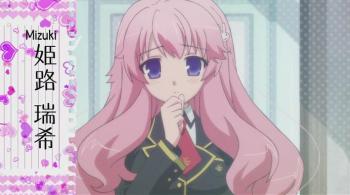 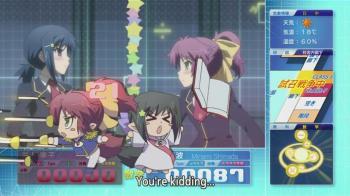 Please go back and try again

Among the tremendous amount of harems, ecchi shows, and romance come Baka to Test, a most original story about straight F students who enjoys dueling. As intriguing as the idea of watching yet another show about students going to school to learn the arts of the dueling and becoming abusive Pokemon masters, Baka to Test is proving to be more that I thought it would in terms of failing to entertain and and moving on to the realm of I don’t see why they still make shows like this except for the fact that people still like it. END_OF_DOCUMENT_TOKEN_TO_BE_REPLACED

The Sacred Blacksmith started like most new shows, with low expectations and promise to be just your average fantasy show. They did not disappoint those expectations. Speak for yourself Cecily.

It became all too obvious that this show was really about BREASTplates and nothing more. All thoughts that sacred BS was going to be something great went to hell after the show was plagued by non-stop fanservice and boob jokes. By then it was too late to stop watching this show. This was one of those time that I have to keep watching something that I didn’t want to just so I could finish it.

The sword fights weren’t that bad. If anything I think some fights were good enough to make this show enjoyable to a certain degree.  One of the best fights was Cecily against the three demons swords, an episode where I learned that Sacred Boobsmith was a lot more enjoyable when Cecily was given the Churuya-san treatment. Unfortunately for Blacksmith it wasn’t the case that something is so bad that it’s actually good. Tough luck.

The biggest problem with Boobsmith was Cecily herself. The viewer was forced to hear her never-ending speechless about justice and all that jazz in almost all of the episodes if not all. Cecily was a weak. She was the character that talks big but in the end is unable to live up to it. She is constantly saved by Luke, a guy show should have been the main character of this show instead of her but because he was too dull and he just couldn’t cut it. Ironic as that sounds. It’s not completely true that Cecily is useless but she  gets herself in so many situations that required somebody else to save her skin that it’s like dejavu for the first half of the series. Still, one thing Cecily was for sure is dumb. END_OF_DOCUMENT_TOKEN_TO_BE_REPLACED